Get cycle rickshaw at your doorstep just by making a phone call. 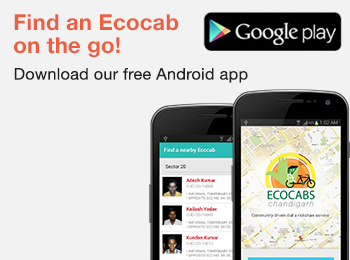 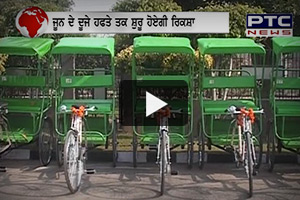 Advertise with us : We offer advertisement and marketing space on Ecocabs. Contact us for a quote

About 25,000 cycle rickshaws are operational in the Chandigarh area, transporting 5 lakh passengers per day, and thus saving estimated 75,000 litres of fuel.
114 tones of fresh air would be required to burn that fuel, otherwise.

Find an Ecocab on the go!